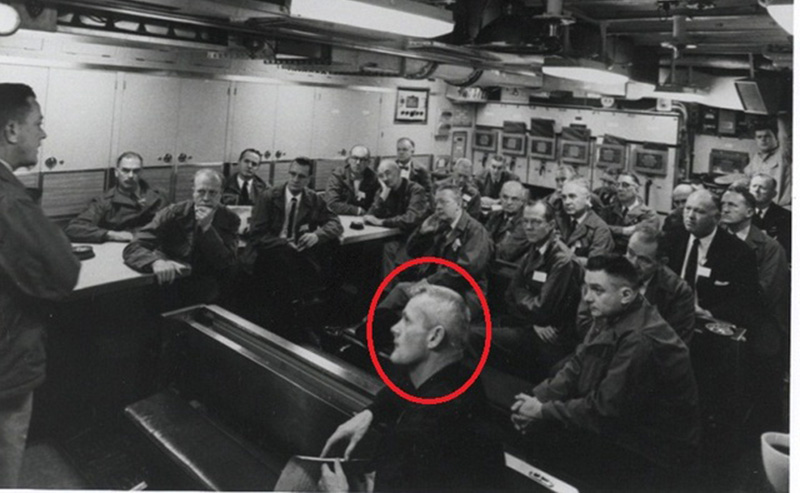 Valiant Thor – A name referenced by Phil Schneider, a geologist/engineer who claims Thor was from Venus and working for the U.S. government.

Schneider openly claimed that Valiant Thor, who allegedly worked for the U.S. government sometime in the 1950’s, was of extraterrestrial origin, coming from Venus. Schneider claimed he has level 1 security clearance in secret government projects, and helped build many underground bases and worked at the famed Area 51.

While many who have spoken about governments working with aliens have come under heavy ridicule, there are many who believe Schneider may be onto something after seeing his videos and evidence.

What makes the story even more interesting is that Schneider was found dead in 1996, of an apparent suicide, although it is alleged that the circumstances around his death were extremely suspicious and was covered up as suicide.

Schnieder showed an image of Valiant Thor in a lecture back in 1995. The photo was taken in 1943, and the story is Thor had been working with the government since 1937. His physical traits included six fingers, an oversized heart, one huge lung, copper oxide blood like that of an octopus, and possessed an incredibly high IQ measuring around 1200, and a lifespan of approximately 490 years.

Schneider is not the only one who claims to have met Thor – Dr Frank Stranges also details his account with Valiant Thor in his book titled “Strangers at the Pentagon”. He also claims President Nixon and Eisenhower met Thor.

Is there any truth to such claims, and is there extraterrestrial life currently blended into our civilization right now? Are they coming from places as “close” as Venus?