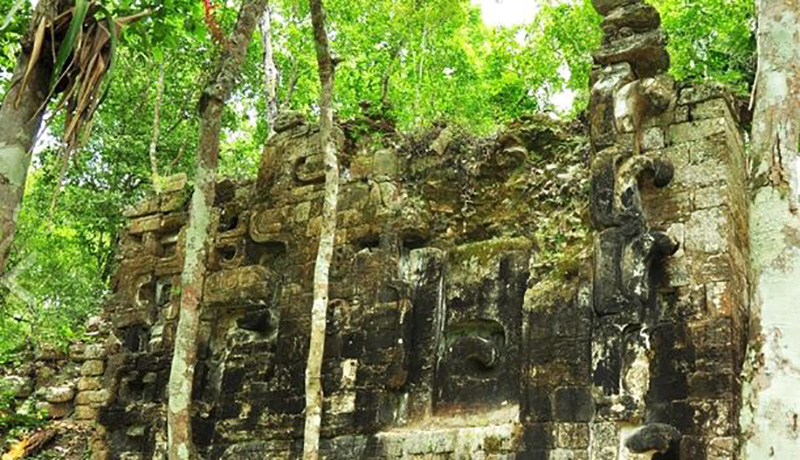 The find of the 2 Mayan cities includes a giant monster mouth doorway, ruined pyramid temples and palace remains. Discovered in the state of Campeche, in the heart of the Yucatan peninsula, the cities were covered in vegetation so thick is was barely accessible.

“Aerial photographs helped us in locating the sites,” expedition leader Ivan Sprajc, of the Research Center of the Slovenian Academy of Sciences and Arts (ZRC SAZU), said.

Sprajc’s team discovered the fascinating remains while exploring around the area of Chactun, a large Mayan city which Sprajc had uncovered in 2013. The area of discoveries extends some 1800 square miles, between the Rio Bec and Chenes regions, both known for their characteristic architectural styles fashioned during the Late and Terminal Classic periods, around 600 – 1000 A.D.

One of the discovered cities features an incredible depiction of a large earth monster with its jaws wide open.

It is interesting to also note that the site was actually discovered back in the 1970’s by an American archaeologist Eric Von Euw, however all attempts at relocating the cities in the past had been unsuccessful.

“The information about Lagunita were vague and totally useless,” Sprajc told Discovery News.

“In the jungle you can be as little as 600 feet from a large site and do not even suspect it might be there; small mounds are all over the place, but they give you no idea about where an urban center might be,” he added.

Check out the article at Discovery News along with some pictures.