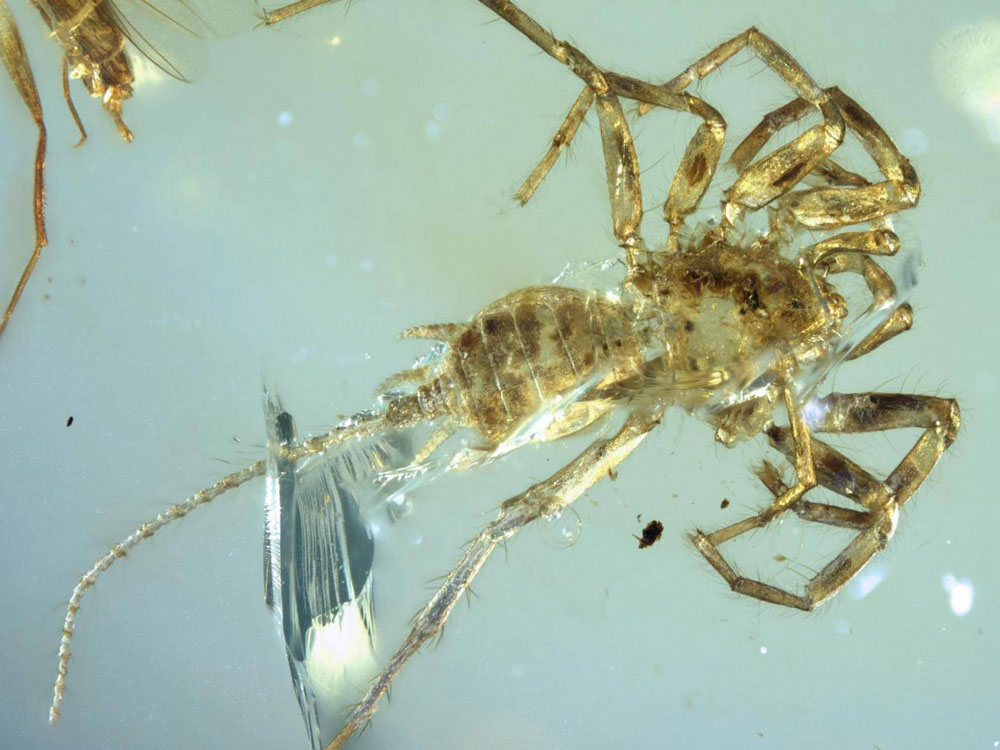 If you have arachnophobia – i guess it’s a good thing these guys aren’t stalking houses at night these days.

The strange ‘chimera’ species was discovered in Myanmar, given it’s descriptive name due to its combination of primitive and modern body parts.

Along with having a set of fangs, feelers and spinnerets to make silk, it also sported a long tail, much like it’s much older ancestors.

Named officially Chimerarachne yingi, scientists believe it may be the missing link between ancient uraraneids and modern spiders.

“It’s a very primitive group and their relatives were present more than 250 million years ago,” said Bo Wang from the Chinese Academy of Sciences in Nanjing.

“Maybe the tail originally had a sensory function; it is covered in short hairs, but when spiders changed to lifestyles like being sit-and-wait predators, the tail was no longer really needed and became lost.”