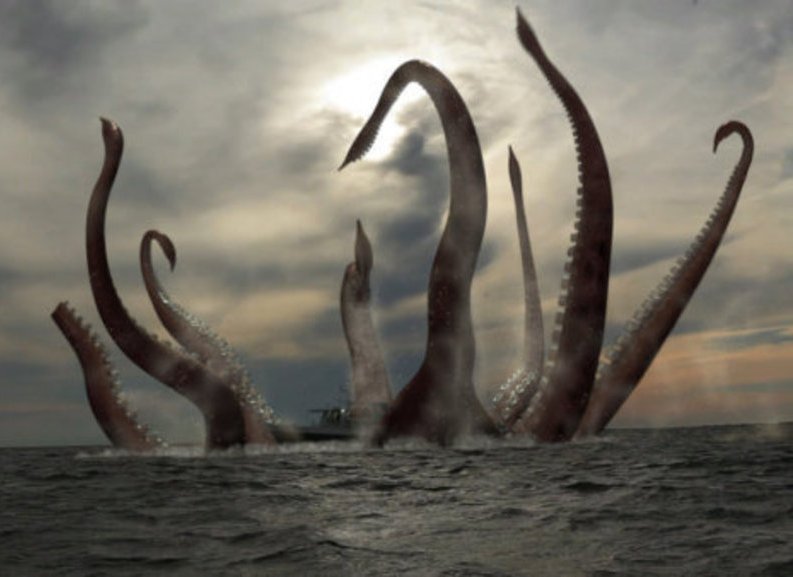 Many ancient stories and legends talk of giant sea monsters terrorizing the seas – and a new find by paleontologists has researchers excited that the stories may have actually originated from truth.

Seemingly more than just a scary story, researchers who theorized back in 2011 that gigantic sea monsters were more than myth and suggested that an enormous cephalopod once existed – even larger than our giant squid today – now say that they have found fossils that may point to their theory being correct.

A second example of arranged bones has been discovered, and a fossil which resembles a large beak of an ancient squid or octopus. The arranged bones – an ichthyosaur, which grew to the size of a school bus.

“This was extremely good luck,” said Mark McMenamin, a paleontologist at Mount Holyoke College in Massachusetts who presented his findings here Wednesday (Oct. 30) at the annual meeting of the Geological Society of America (GSA). “This was finding the needle in the haystack, really.”

Obviously though, the theory still has alot of resistance and criticism, with some playing down the incredible claims.

A kraken isn’t really necessary,” said David Fastovsky, a paleontologist at the University of Rhode Island who attended McMenamin’s GSA presentation. “Everything can be explained by much less exotic means.”

What do you think? Is there enough evidence to suggest that a legendary sized ‘kraken’ once existed? Or is there simply a less incredible explanation?

Check out the full article with pictures here at LiveScience.