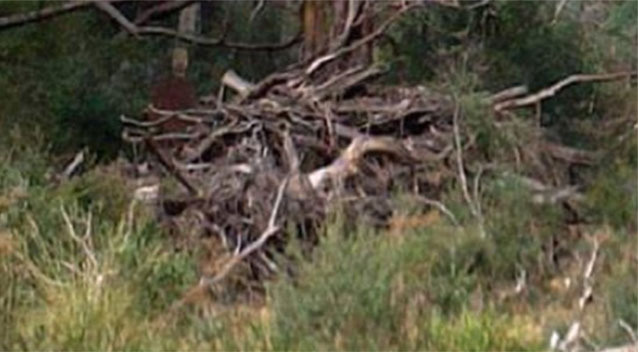 Brock David posted the image to a Toowoomba Ghost Chasers page last Thursday, and appears to show a male figure standing in the bushes. ‘This was shared by a member who went out hiking at a local Toowoomba water hole known for suicides,’ the post read.  ‘He all of a sudden felt as though he was being watched and followed and he felt an awful feeling of dread wash over him. Then when going back through his photos he finds this’.

While it was met with it’s fair share of skepticism, with some claiming it clearly looks photoshopped, the uploader was adamant about his image, and claimed that while hiking in the national parkland, he felt a deep sense of dread and felt as if someone was watching him.

“Oddly enough I’ve been experiencing a similar feeling of dread every once in a while over the last week,” he wrote on Facebook.

He also had mentioned to 7News that he normally enjoyed the solitude of walks in the bush, however after the encounter, he had a strange ominous feeling and decided to turn around.