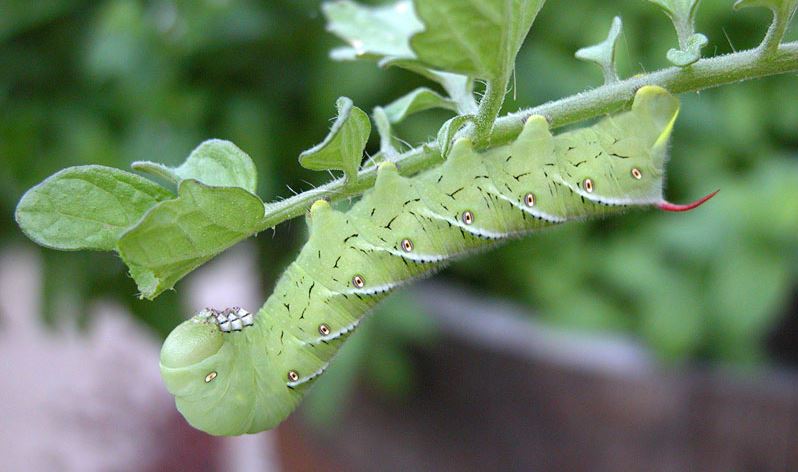 The Hornworm Caterpillar takes bad breath to another level with what is called ‘Toxic Halitosis’, puffing out nicotine.

The caterpillars diet consists of tobacco plants, which in turn means they ingest considerable amounts of nicotine. A new study has shown that the caterpillar retains the nicotine toxin in their blood, which they can then puff out as a warning to would-be predators.

This is not the first case however where insects use plant toxins to some kind of benefit.

The deadly breath used by the eastern tent caterpillar is enough to deter almost all predators, making it a very effective defense mechanism.

In the hornworm caterpillars case, which tends to be on the dinner plate for the wolf spider, it was found that the spiders would generally avoid snacking on them if they puff out the nicotine.

While nicotine can be deadly in large excessive amounts in humans (2 brothers died after smoking 17 – 18 pipes full of tobacco), it was found that the caterpillar has a specific gene that allows them to shunt nicotine into external respiratory openings, known as spiracles. It is through these spiracles that the caterpillars puff out their toxic halitosis.