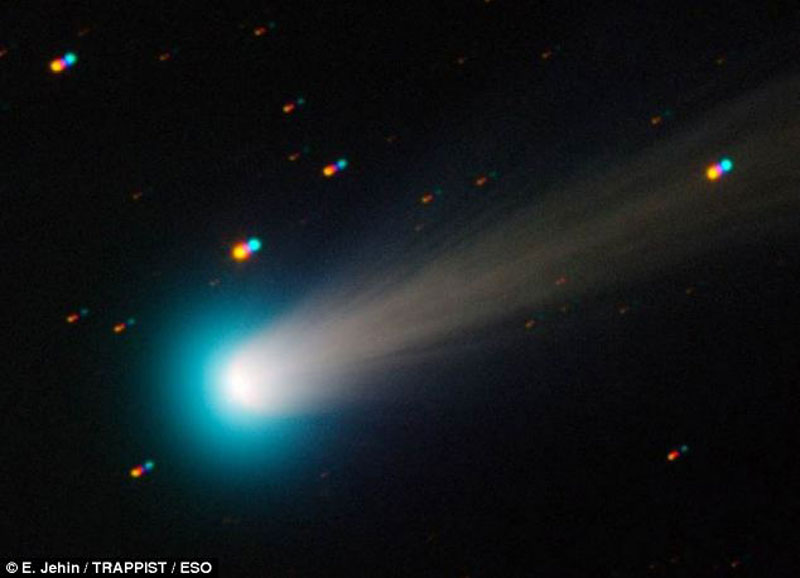 As Comet ISON made its approach to the sun to slingshot around it, it disappeared out of view and astronomers had feared the worst.

But somehow, it seems, Comet ISON may just have survived its fiery encounter.

Images show an object emerging from the other side moving away from the sun, gradually getting brighter and brighter.

“Now, in the latest LASCO C3 images, we are seeing something beginning to gradually brighten up again,” comet expert Karl Battams, of the U.S. Navy Research Laboratory in Washington, D.C., wrote in an evening blog post.  “One could almost be forgiven for thinking that there’s a comet in the images!”

A NASA update released early Friday also confirms the sightings of what seems to be ISON.

“Continuing a history of surprising behavior, material from Comet ISON appeared on the other side of the sun on the evening on Nov. 28, 2013, despite not having been seen in observations during its closest approach to the sun,” NASA officials wrote. “The question remains whether it is merely debris from the comet, or if some portion of the comet’s nucleus survived, but late-night analysis from scientists with NASA’s Comet ISON Observing Campaign suggest that there is at least a small nucleus intact.”

ISON came within a very close 684,000 miles to the surface of the sun, where it would have felt the extreme gravitational forces of our star. Since its discovery back in 2012, the comets survival of its impending encounter has always been a big question mark.

While it seems to have survived its encounter, though, it is still unclear how much of ISON is still actually intact.

“We have no way to estimate nucleus size from SOHO or STEREO and it’s just way too early to speculate on ISON’s future,” Battams told SPACE.com in an email. “It is only a few hours old if we consider its survival as a ‘rebirthing.'”