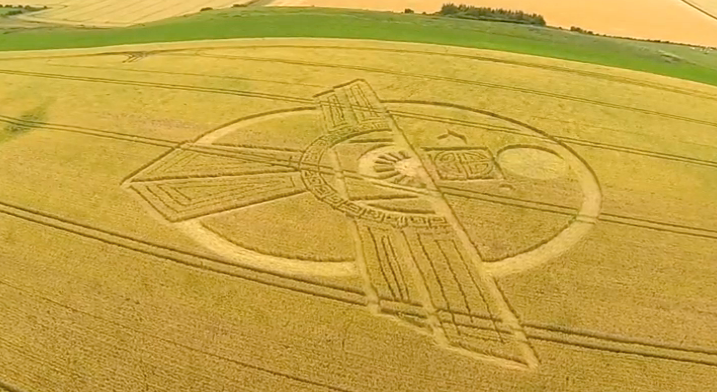 Check out the video below of a ‘crop circle’ – let’s say crop formation to be more accurate – of what looks like an indian depiction of an eagle or a thunderbird. The formation appeared in Wiltshire, England on 25th July 2015.

While the design looks awesome, one thing that is very obvious in the video, is that the formations lines are not anywhere near as straight as other crop circle/formations that have been discovered. Could be fake – either way, have a look and see what you think. Pretty cool.