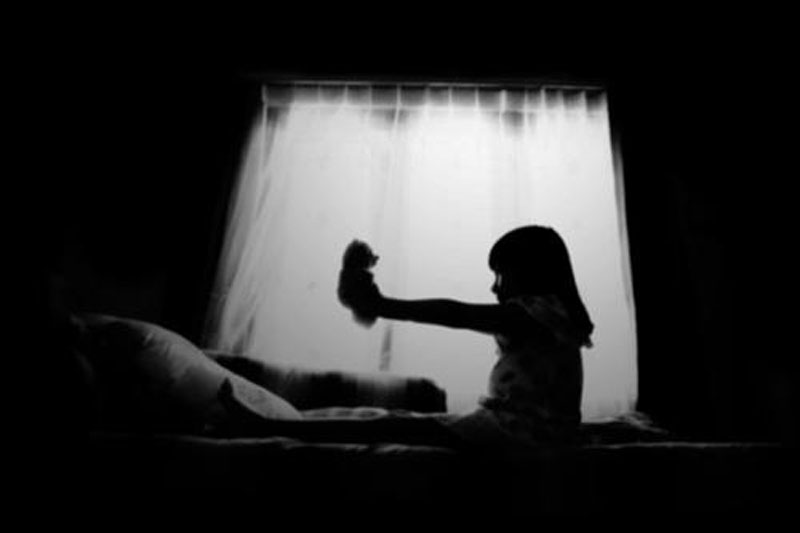 A Reddit user asked people to share some creepy things kids have said about their imaginary friends. Try sleep at night after reading these.

My daughter had an imaginary friend named Sally, she told me once about how Sally was in jail for chopping her mom’s head off.

A parent of one of my students told us in a meeting that she was concerned because her son (7 years old) talked about an invisible ghost who would talk to him and play with him in his room.

The kid would cry and say he doesn’t want to kill when he grows up, but The Captain tells him he doesn’t have a choice and he’ll get used to killing after a while.

When my boy was 4, his imaginary friend would sit in the corner of the room when you switched off the lights and light the room with red glowing eyes.

When my daughter was 3, she had an imaginary friend named Kelly who lived in her closet. Kelly sat in a little rocking chair while she slept, played with her, etc. Typical imaginary friend [stuff]. …

Anyway, fast forward two years later, the wife and I are watching the new “Amityville” … and our daughter walks out right when [the] dead girl goes all black eyed. Far from being disturbed, she said “That looks like Kelly.” “Kelly who?” we say. “You know the dead girl that lived in my closet.”

I have a younger brother who had an imaginary friend when he was younger. He was also an avid sleep walker. When he was around 3 or 4, he started talking to someone he called Friya (Fry-uh).

He described Friya as a dark skinned man with little clothes who loved to hunt in the wilderness. Then one day he told me that Friya used to live nearby the house a long time ago, and then some white people came and burned him alive and killed his village.

Not exactly something you expect to hear from a 4-year-old. …

When my sister was probably about 6 or 7, she had an imaginary friend named Emily. She told us Emily lived in her closet, wore an old black dress, and had long dark hair and she was the same age as my sister.

My sister played with Emily constantly. My parents started noticing my sister acting weird. Just sitting in the middle of her room whispering to Emily quite a bit and acting a lot more distant towards them.

I remember a very specific day, my brother was walking by her room and my sister was sitting in the middle of her room, but she turned around and hissed at him. He was scared. … He told me it didn’t even look like my sister. My parents ran up to her room and Icould hear my sister just screaming and screaming as loud as she [could], “Get out!”

I’ve asked her about it today. She’s 24 now. She told me that Emily used to tell her to do horrible things to herself. She actually used to wake up on the roof and not remember how she got there. I’m not kidding. Apparently Emily absolutely hated my parents, so she turned my sister against them. She hates talking about it, so I never brought up that specific night.

This all happened at my old house. When we moved into a different house, Emily was gone. I’m not making any of this up. My sister’s little friend was a really big deal to my family and messed things up for a long time. I’m just relieved we left that house.

When my brother was little he acted like he had … [spirits] talking to him every second. One day my mom overheard him say: “I can’t kill him! He’s my only dad!”

In high school, one of my best friends had a little sister who was 5 or 6 years old. One day we stopped by his place … While waiting for him to come downstairs, his sister came up to me and said, “Icy told me to ask you if you know when you’re going to die.”

I laughed nervously—morbid question, right? But I knew all about Icy, her imaginary friend. I even helped her draw a picture of him once. So I played along and said, “No, of course not! No one knows that. Hopefully when I’m very old.”

The girl shook her head sadly and said, “No, Icy wants me to tell you it’ll be tonight.” And with that, she just walked away.

And there you have it – some seriously chilling stories about imaginary friends. Really gets the mind wondering whether they are in fact evil spirits, demons, or something else not of the physical world.

Originally posted on The Epoch Times.