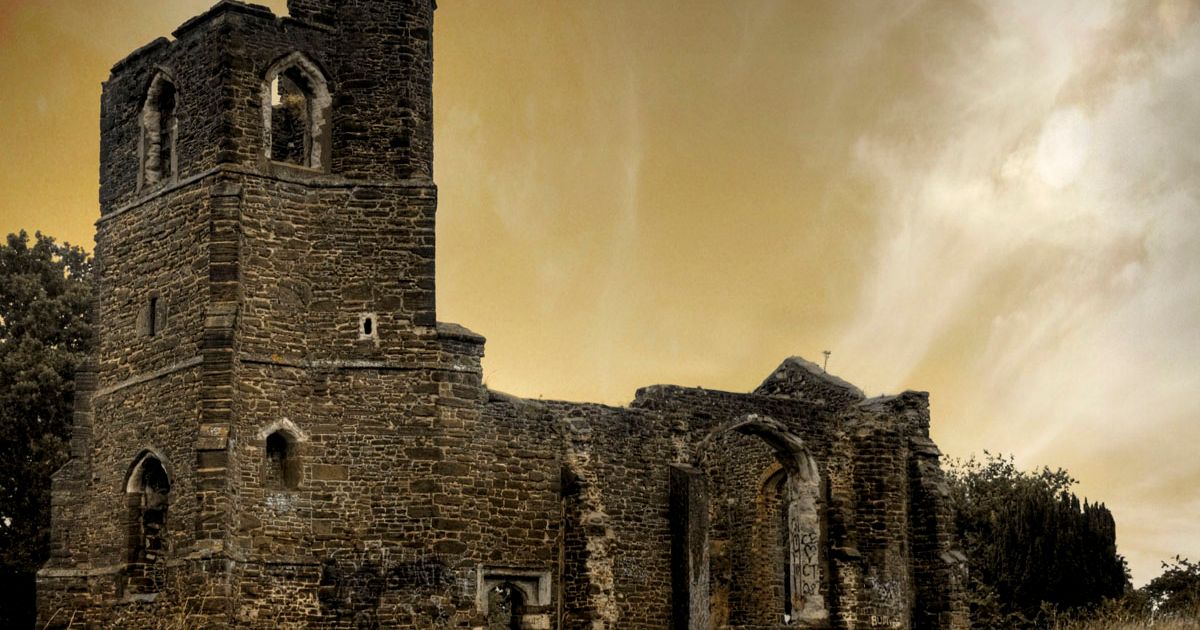 Dean Johnson and partner Charlie, who are 2 paranormal investigators, ventured out to the old abandoned ruins of Old St Marys’ Church, which is regarded by many to be haunted. They’re motive was to try and capture the paranormal on film.

“We had been standing on the public road outside the church for 10 minutes and my partner Charlie was testing the camera on his phone,” said Dean. “When Charlie looked back at his camera footage there appeared to be a black hooded monk walking across the archway.”

The duo insist that the footage is authentic and that they were the only people on site that day. They also state that after investigating further, the tower was locked, so the entity would have had nowhere to go if they had been a real person.

According to legend, the site was home to many satanic rituals.

“Apparently in the 1960s there were a number of satanic rituals at the church where people were digging up bones and arranging them in satanic patterns,” said Charlie. “We’ve travelled the length of Britain looking for evidence of ghosts but this is the best evidence we’d have so far.”

Check out the video below – real ghostly apparition caught on camera, or just another hoax?