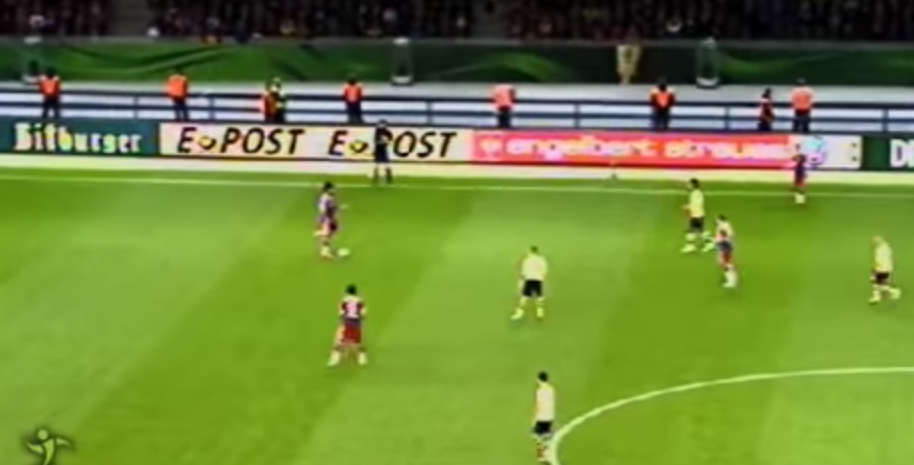 A ghost has seemingly been captured on camera during the German Cup Final and has gone viral.

The video snap of the match between Bayern Munich and Borussia Dortmund shows a ghostly figure running across the field on the left. Very strange. The video has generated some criticism with some believing its just a shadow in the recording, however this hasn’t stopped the video from generating over 9 million views.

Check out the video below – what do you think? Sound off in the comments below!