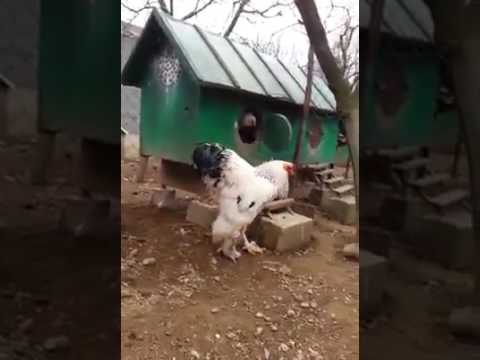 The footage has been viewed hundreds of thousands of times, leaving many people gasping at the size of the animal.

Nothing strange going on here though – the chicken is actually from the breed known as a brahma chicken. They are naturally a very large bird, with females growing up to 14 pounds and males up to a whopping 18 pounds. Their eggs can weigh up to 60g, and are highly sought after in the winter.