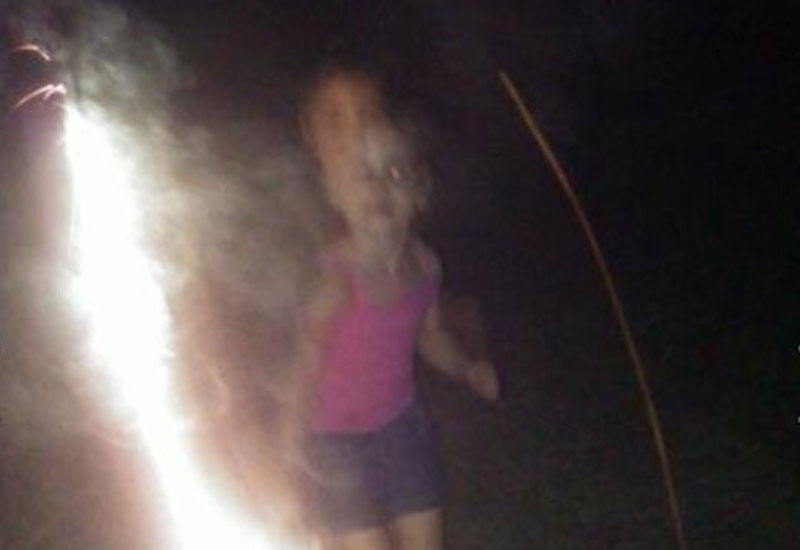 A family which was struck by devastating tragedy after a tornado ripped through Moore, Oklahoma, believe that they are not alone after the tragic death of young Nicolas McCabe.

A photo captured by Scott McCabe, Nicolas’ father, during July 4th celebrations, shows his niece Madison playing with a sparkler, however Scott immediately noticed something far brighter than the sparklers flame. The image shows Madison playing and an eery presence behind her which seems to closely resemble Nicolas.

“I couldn’t believe what I was seeing,” said Scott McCabe.

“Nicolas loved the Fourth of July and he loved firecrackers,” McCabe explained. “My brother, when he saw it, he said the hair stood up on his neck.”

Nicolas lost his life on May 20 during the tornado when it hit Plaza Towers Elementary. However, in light of such tragedy, he believes his son is still with them and this has touched his heart.

“I was in awe. It touched my heart,” McCabe said. “It’s obviously not Madison. It’s obvious there are two people there or one person there and one spirit there.”

Check out the entire touching story here at News9.