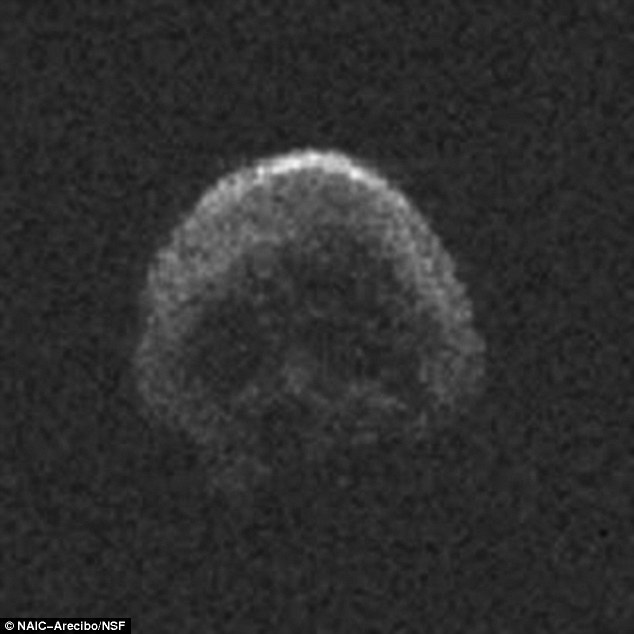 The asteroid which was first identified by astronomers only a few weeks back, has had some images taken by NASA – and it looks like the cosmos wants in on our Earthly halloween festivities. The object measures approximately 1300ft across, which is the equivalent of 4 football fields, and it is believed that the asteroid is actually a dead comet. The skull shaped rock will pass within 300,000 miles from Earth, which is slightly more than the distance of the Moon.

“The IRTF data may indicate that the object might be a dead comet, but in the Arecibo images it appears to have donned a skull costume for its Halloween flyby,” said scientist Kelly Fast.

“It’s not going to hit us and we will know its orbit really well so we can project it into the future and see whether or not it comes near the earth again and we’ve done that and it’s not going to pose any hazard to the earth in certainly the next century,” said NASA’s Paul Chodas.