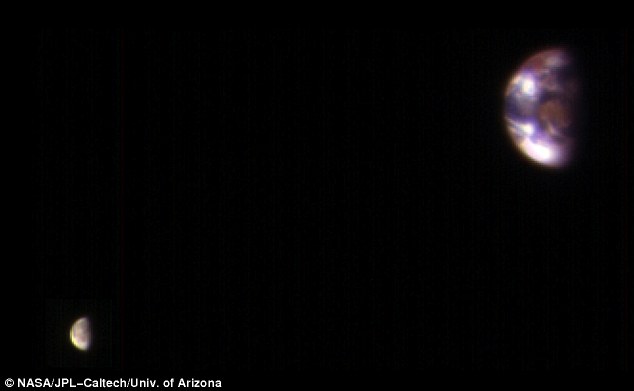 4 images were taken by the satellite, which was actually specifically for the mundane task of calibrating it’s cameras.

The image seen above is actually a combination of the best Earth image and the best Moon image from the set of images taken. The images were taken back on November 20th, 2016.

the reddish land mass in the middle of Earth is actually Australia, and the white mass to the bottom left is Antarctica. The top large reddish brown area is Southeast Asia. The other bright spots are large clouds in the atmosphere.