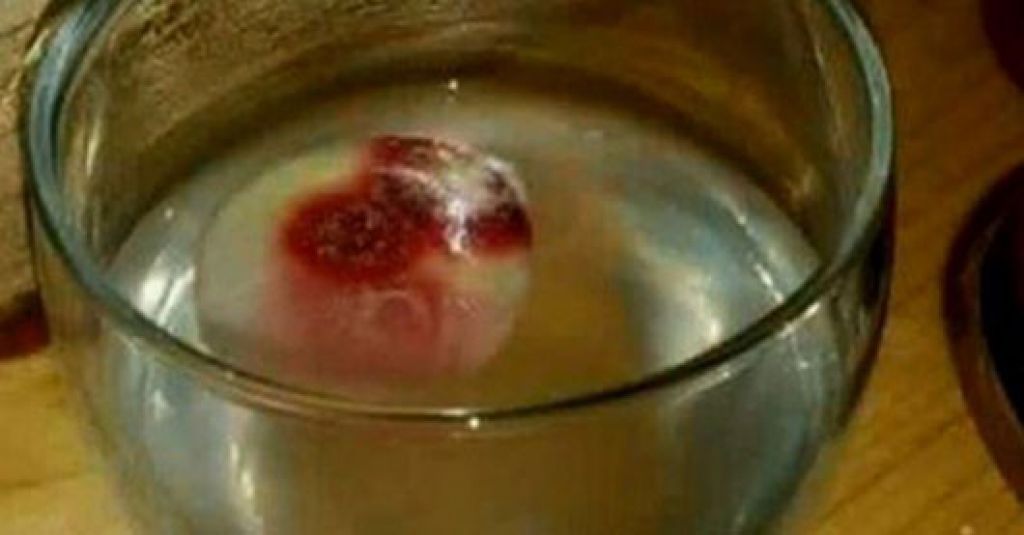 The Eucharist, which was returned to the priest after inadvertently being given to a child who had not yet undergone the rite of Holy Communion, was placed in an ablution bowl to dissolve.

After some days however, the holy bread had not dissolved, and later in the week started showing a red colour, similar to marks of blood.

Parishioners of the church have hailed it as a miracle, and a physical revelation of Christ, and have pushed for it to be exposed publicly for further worship.

“The Church does not presume supernatural causes for things that can have a natural explanation. While recognizing that God can work in extraordinary ways, the Church presumes that God ordinarily works through the ministry of the Church and through natural laws,” diocese spokeswoman Susan Dennin told CNA Nov. 30.

Msgr. Colin F. Bircumshaw who is the diocesan administrator has set up an investigation into the event to determine whether the hosts changing colour is from natural causes, or indeed potentially divine intervention.

Experts have put forward that wheat mould or fungus, Neurospora crassa or the red bacterium Serratia marcescens could make the host change the way it did, and could serve as a likely explanation.

“Whatever the outcome of the investigation, we can use this time to renew our faith and devotion in the greatest miracle – the Real Presence of Jesus Christ that takes place at every Mass,” Msgr. Mannion said.

True miracle or simply bacteria doing its thing? The shape of colour would suggest possible bacteria, however time will tell after the experts deliver their results.