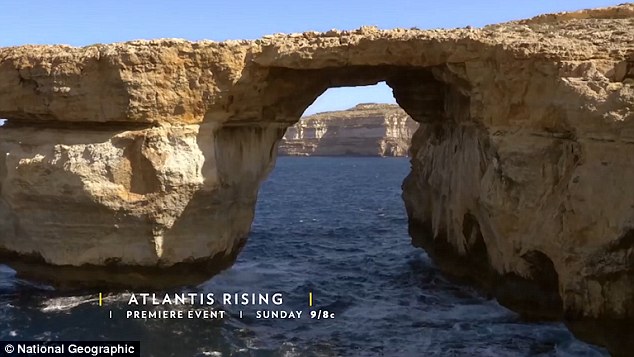 Originally documented by famous Greek philosopher Plato, the island of Atlantis is said to be once situated in the middle of the Atlantic, inhabited by a highly advanced civilisation.

If you believe the ancient stories, the Atlanteans paid for falling out of favour with the Gods, and the island was sunk beneath the ocean. Modern day theories now suggest that if indeed Atlantis did exist, it is likely that the island’s ill fate was caused by a tsunami, or even a volcanic eruption.

James Cameron, known for massive movie franchises The Terminator and Avatar, has been investigating the legend as part of a documentary called ‘Atlantis Rising’.

During the research and filming of the program, the investigation led to a discovery of 6 anchors dating back to the bronze age (over 4,000 years ago). They were located just outside of the entrance to the Mediterranean in the strait of Gibraltar, and have been mentioned in the same sentence as ‘Atlantis’.

“These anchors could be 3,500 to 4,000 years old and establish a harbor in the Atlantic, where I didn’t even dare dream to find anchors,” said filmmaker Simcha Jacobovici.

“It’s easier to find a needle in a haystack than Bronze Age anchors in the Atlantic.”