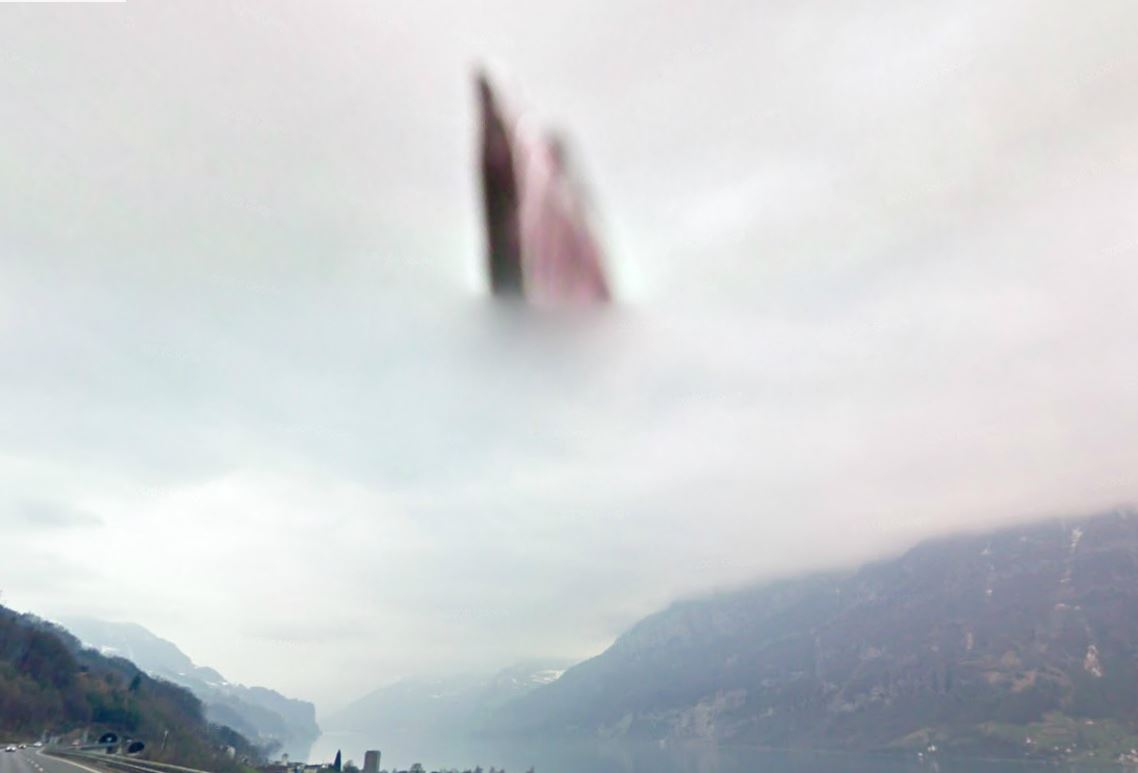 An image on Google Earth taken in Switzerland is going viral after a strange blur in what many believe appears to be the resemblance of Jesus and Mary is clearly seen in the clouds.

The streetview image taken on the A5 road near Winmalee in Switzerland has many believers certain that the picture shows a miraculous snapshot of the divine. Social media is abuzz over the image, claiming the tall figure resembles Jesus wearing a burgundy cloak, while the shorter figure resembles Mary, wearing pink and red.

Of course, not everyone shares the same optimistic enthusiasm as the faithful believers.

“As much as a Christian I am, I will never believe anyone has or will be greeted by any vision of Jesus or God or whoever. It’s probably a smudge on the lens. Please don’t fool yourself into thinking it’s anything more,” wrote one user, attempting to explain the phenomena.

However others are more open to the idea, with one user stating:

What say you? Are you a believer or just a glitch in the imaging software?