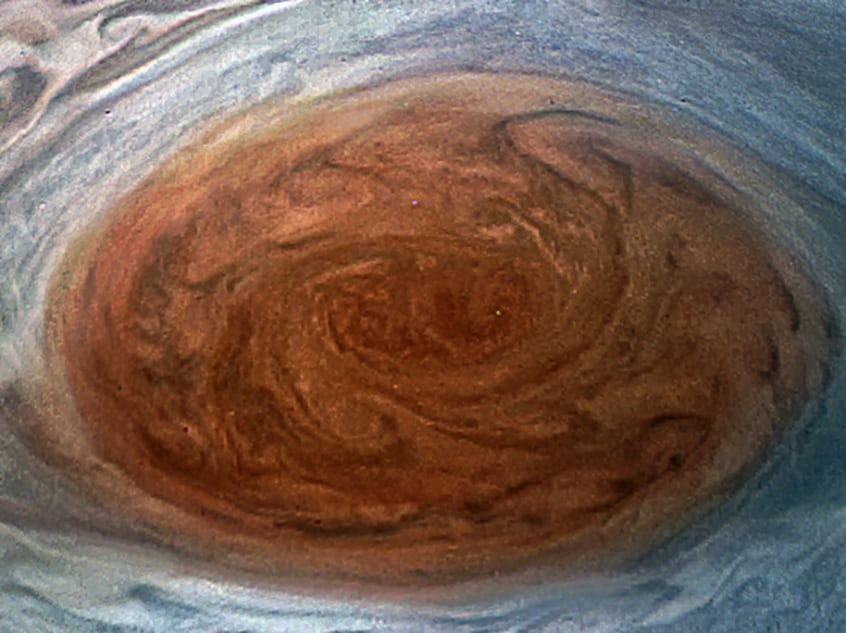 The $1 billion+ space probe has been orbiting the massive gas giant since 2016, and a few days ago performed its scheduled fly by of the well known red spot of Jupiter, which is in fact a 10,000 mile wide storm that has been raging on for centuries.

The storm has been monitored by mankind for about 180 years, however it is believed that it might actually have been spotted as far back as the 17th century.

“It is tremendously exciting,” said planetary scientist Leigh Fletcher. “We have been wanting to see the Great Red Spot this close and at this level of detail ever since modern astronomy began.”

“The main impression I have is the beauty of them,” Juno program scientist Jared Espley said of Jupiter’s atmospheric swirls and patterns. “These are works of natural art.”

The probe pushed through the planets radiation belt and came within 3,500km of the planets clouds, the closest it has ever been.

“You can see the deep red core – the heart of the storm itself where the winds are actually much calmer in the centre of the storm compared to the anti-clockwise winds at the edges,” FLETCHER said. “You can see little red puffy clouds at certain locations and even, if you zoom in, you can see evidence of waves around the edge of the vortex itself.”