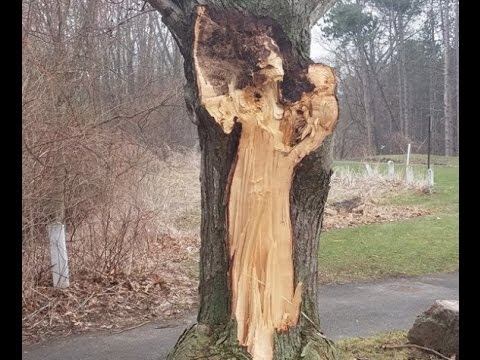 The strange silhouette at a distance actually looks like a lady wailing with her arms out, and was caused by a large tear in the tree trunk thanks to some strong winds.

The spooky part of this story is that local legend tells of a ‘lady in white’ who occupies the park. The story dates all the way back to the 19th century.

The legend tells that the ghost of a woman wanders through the park in search of her long lost daughter, who was murdered by a gang of men. Some stories tell that the woman died from a broken heart, others however say she committed suicide due to her being stricken with grief.

Over the years there have been multiple sightings of the fabled lady in white, and her fame even turned into a feature movie way back in 1988.