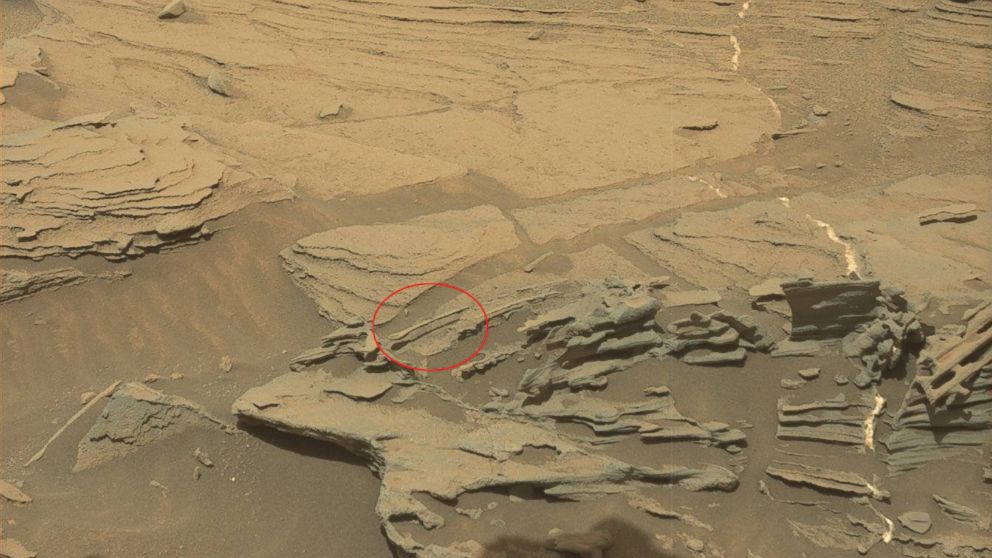 Another week, another strange object snapped on Mars – this time, an intriguing ‘spoon’ shaped rock which looks to be floating above the ground. Curiosity’s images that have been sent back to Earth have come up with many strange images and anomalies, from humanoid creatures, small mammals, and wierd faces. Paredolia has widely been blamed as the main culprit, the psychological effect where our brains process random shapes into meaningful shapes and forms.

Some scientists have come forward regarding the spoon however, saying that due to the gravity on mars, rock formations are able to form differently, creating peculiar shapes.

What say you? Objects from another civilization or just random strange rocks?