Its A Strange World.
Home The Universe Mysterious Object Photographed On Mars 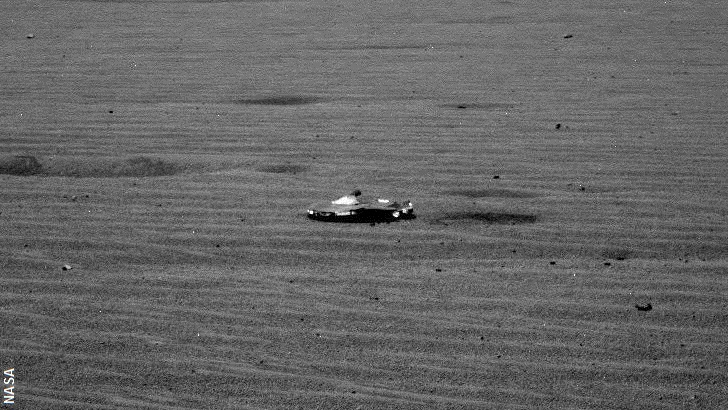 The image was originally uploaded on March 7th by NASA’s rover, generating quite a bit of online buzz as to what the origins of the object could be.

In the past, so many ‘unidentified objects’ have been photographed on Mars, showing strange shapes in rocks and terrain, and conspiracy theorists would quickly jump on board. It is likely that it is a 95% possibility that all these previously discovered objects are nothing more than pareidolia working it’s magic.

Finally, a crystal clear image of an anomalous object has been presented, leaving no doubt that the object is in fact something that did not originate on the planet.

Located on the Meridiani Planum region of Mars, the most plausible explanation is that the object is nothing more than debris from the Rover’s very own landing systems, meaning that the object is in fact human in origin, rather than extraterrestrial (to Earth, that is). Unfortunately, there is quite a bit of Earthly trash on the red planet, from previous missions both successful and unsuccessful.

That wont stop people from keeping an open mind, though.

“Looks like light glimmering off of a genuine spaceship on an alien planet in outer space,” one commentator noted.

What do you think? Is this simply Earth trash, or could this possibly be an unidentified object of an otherworldly origin?