Its A Strange World.
Home The Universe NASA: Enceladus May Support Alien Life 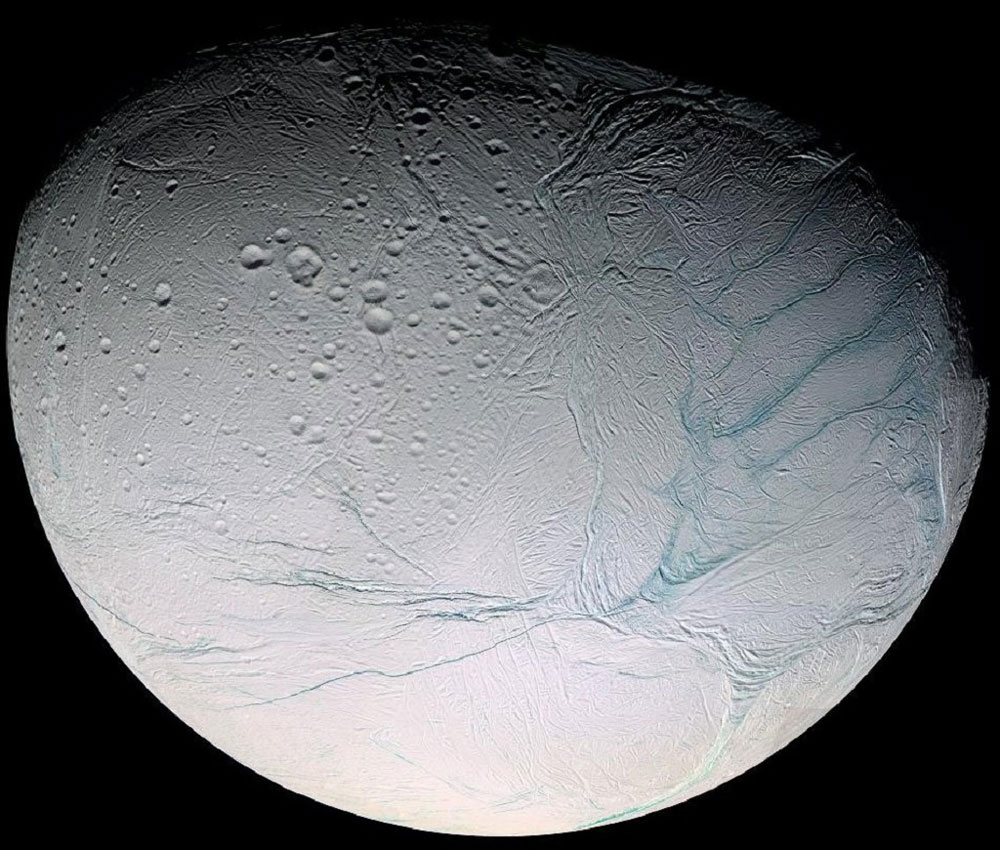 At the scheduled press conference which NASA held today, scientists have announced that they have discovered molecular hydrogen in the jets of water that are erupting from deep down beneath the surface of the icy moon Enceladus, which is Saturn’s 6th largest moon in orbit.

The discovery was made by the Cassini spacecraft after 13 years of exploration.

The significance of such a find is that on Earth it provides energy for entire ecosystems such as those situated around hydrothermal vents at the bottom of the sea. Creatures part of this ecosystem actually eat the hydrogen, and in turn release methane. What has scientists excited about the find is that methane is also present on Enceladus. This means that there is a chance that similar single cell organisms exist on Enceladus compared to ones found on Earth.

“We now know there’s not only a warm, wet environment – we now realise there’s food for life,” said astrobiologist Lewis Dartnell. “There’s fuel for an ecosystem on Enceladus.”

With the latest discovery, it is almost certain that NASA will now push ahead with new missions for robotic exploration of the icy moon, in the historic hunt for extraterrestrial life.

What are the building blocks for life?

According to scientists, the building blocks of life on Enceladus are water (on Earth, no organism can live without it), a source of energy, and 6 required elements: carbon, nitrogen, hydrogen, oxygen, phosphorous and sulphur. Phosphorous and sulphur are yet to be discovered on Enceladus – however scientists are very optimistic, as the moons rocky core is believed to be similar to meteorites that contain the 2 elements.

Professor David Rothery, professor of planetary geosciences at the Open University, said: ‘Right now, we only know of life beginning once in the universe, here on Earth, which leaves us alone in the dark. It could have simply been an incredible fluke.

‘But if it has happened twice in this solar system, it opens up everything.

‘There are tens of billions of worlds in our galaxy and there could be alien life on many of those too.’