Its A Strange World.
Home The Universe NASA Snaps Strange Circle On Mars 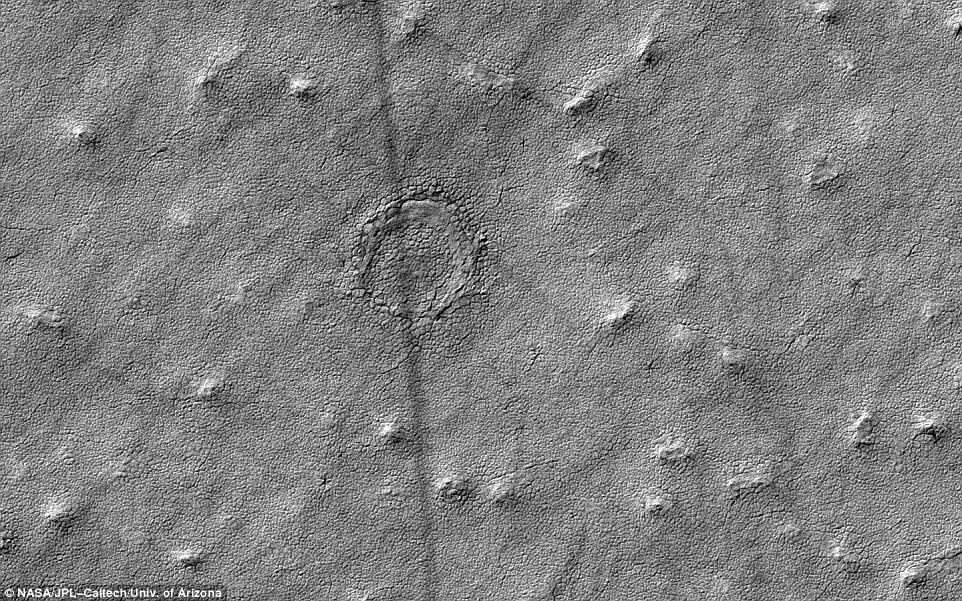 The peculiar find is situated near the south pole of the red planet, and the surface texture has been described as looking almost reptilian like. The nicely formed circle is surrounded by small bumps and cracks, and is a first in terms of what we have seen from NASA’s Mars exploration so far.

The circle was discovered by the Mars Reconnaissance Orbiter, and so far the most likely theory is that the circle has been formed by a crater. Other theories however are suggesting it could be a peculiar land formation due to the polar landscape it is located in. It could be something completely new to science entirely.

“Craters in icy terrain are modified by processes that flatten and change them in such a manner that it is hard to say for sure if it had an impact origin,” NASA wrote.