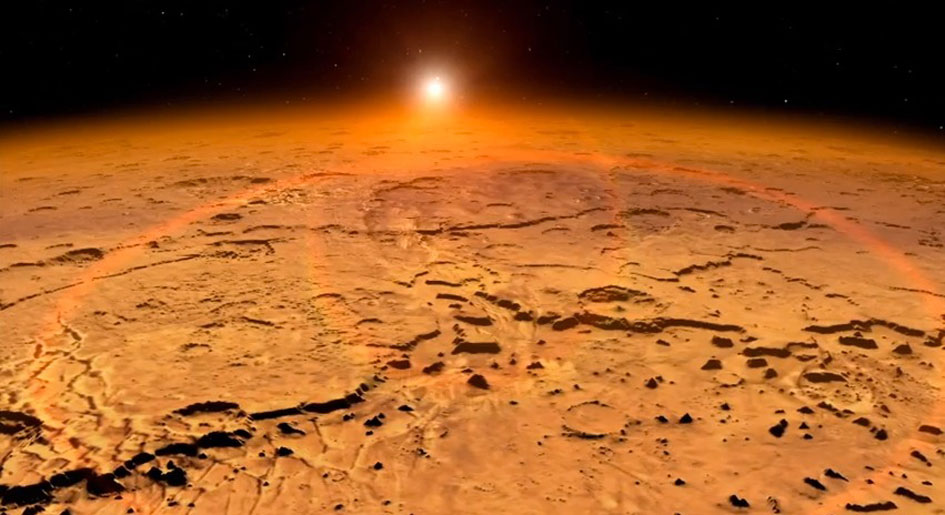 New imagery returned from the Mars Renaissance Orbiter have give scientists more information that helped confirm that the mysterious dark streaks previously discovered on the surface are in fact the result of briny liquid water flowing which occurs during the warmer months of Summer on the red planet.

“Our quest on Mars has been to ‘follow the water,’ in our search for life in the universe, and now we have convincing science that validates what we’ve long suspected,” said NASA’s John Grunsfeld.”This is a significant development, as it appears to confirm that water – albeit briny – is flowing today on the surface of Mars.”

Although it has been known for some time now that large amounts of water once flowed on the planet in rich rivers, lakes, and oceans, the revelations revealed by NASA at the press conference is the first time it has been confirmed that there is still water flowing on the planet today.

In turn, the presence of liquid water also means that Mars may potentially be hospitable to primitive forms of life.

“It took multiple spacecraft over several years to solve this mystery, and now we know there is liquid water on the surface of this cold, desert planet,” said lead scientist Michael Meyer. “It seems that the more we study Mars, the more we learn how life could be supported and where there are resources to support life in the future.”

Next step – life on Mars? Time will tell.

Check out some of the press conference highlights below: