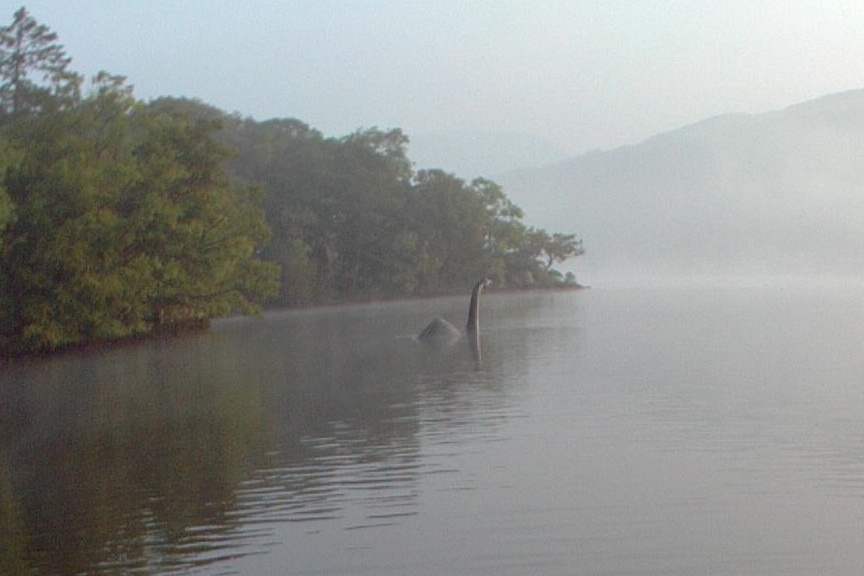 A photographer claims to have photographed a creature related to the famous Loch Ness Monster on Lake Windermere, England.

Ellie Williams, a 24 year old photographer from London, was taking shots of Lake Windermere in Englands lake district when she noticed a strange humpback shaped creature in the snaps.

“When I set up at Lake Windermere it was business as usual to take some lovely photos of the wildlife around the lake.

“When I reviewed all the images I thought it might have been a swan or a goose, as I was looking at the image on my smartphone.

“I’m open to suggestions as to what the creature is.”

While the photo does look super clear – almost too good to be true – some are keeping an open mind, as there have been reports of creature sightings on the lake in the past. Some have even named it ‘Bownessie’.

James Ebdon from the camera firm ‘Autographer’ says while the photos have provided his team some entertainment, they are also left baffled by them.

“At first, we thought it was a swan or goose as we were scanning through the time-lapse – on closer look we thought it could be a larger animal like a horse with a saddle pack or something.

“Then we wondered if it was an old giant eel or catfish as seen on TV documentaries. It’s not at all clear what it is though, which is why it is so interesting.”

Check out the article here at AOL.