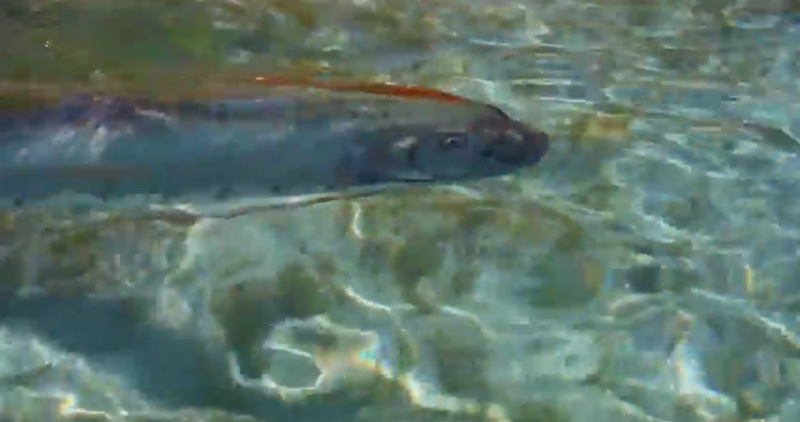 The rare oarfish has been captured on film swimming in the shallow coastal waters of Baja, Mexico.

The extremely elusive Oarfish and Giant Oarfish are very rarely seen up close let alone filmed, and generally stick to the depths of the oceans. A group of tourists however can count their lucky stars after getting to see the enigmatic creature up close and personal.

In the last year there has been more than one occasion where a sick/unhealthy oarfish has washed up in shallow waters, however it’s unclear on the health of the fish in the video. The creatures hold the record for the largest bony fish according to the Florida Museum of Natural History.

Old myths tell of impending earthquakes when oarfish come up to shore.