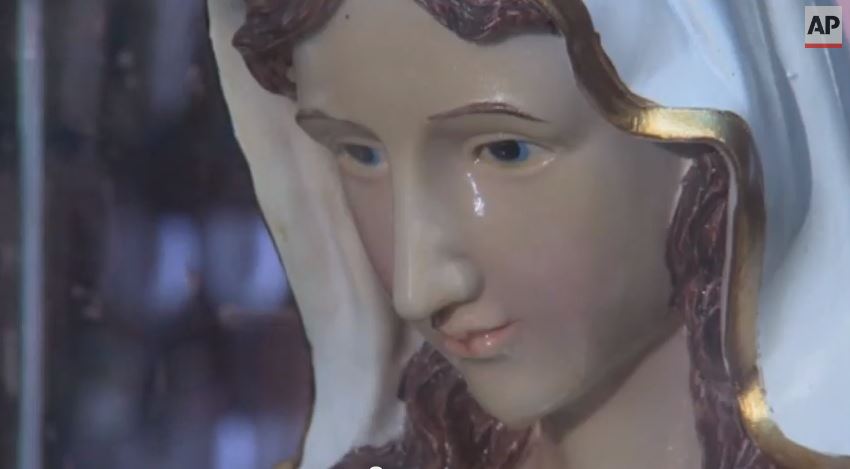 A small town has attracted thousands of people to see a statue of the Virgin Mary which a family claims is weeping oil.

The Lebanese Christian family living in a small town known as Tarshiha, which is near the border of Lebanon, claim the statue is drenched in holy oil due to the miracle.

After buying the statue last year, the Khoury family have recently noticed it weeping.

“My wife (Amira) came closer to the statue and found it was covered with oil,” said Osama Khoury.

“She then wiped the oil, she was scared. She called our neighbour and told her to come and see what she saw.

“The neighbour came and looked at it and found that it was real oil, and then she held my wife’s hands and told her not to be afraid, that it was a blessing that had come into your house.”

According to the Khoury family, over 2000 people have come to see the miracle. Amira Khoury said the weeping statue has given her a strong urge to pray more.

“I felt a strange feeling that something was pulling me to pray,” she said.