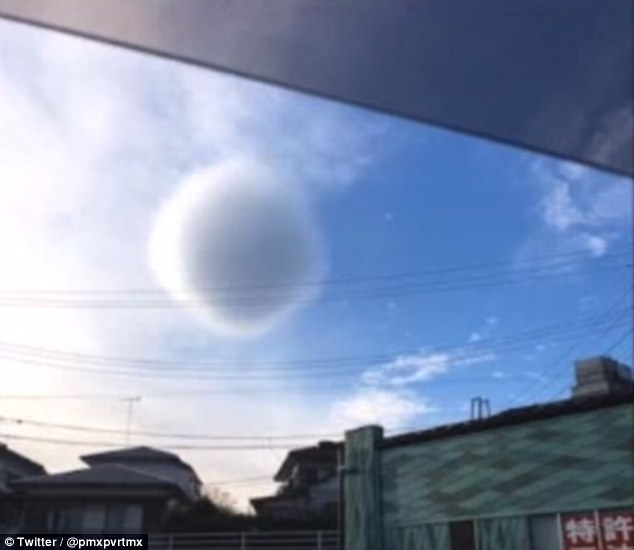 While everyone can spot seahorses, teddy bears and other shapes in the clouds (thanks Pareidolia), every now and then nature throws something different in the mix to keep it interesting.

The strange sphere shaped cloud, photographed on December 6th in Fujisawa, Japan, is an incredible sight.

“When I looked out of the car window I saw a round ball-shaped cloud,” said Twitter user @pmxpvrtmx who captured the image.

“I gazed at the cloud for a while then I rushed to take the photo. When I saw the cloud it was an even more spherical shape, so I regret not taking the photo more quickly.”

While many are already talking aliens when trying to explain the cloud, experts explain it is likely nothing more than a small part of a larger cloud that has been separated by large winds, likely a form of what is known as a cumulus fractus cloud.