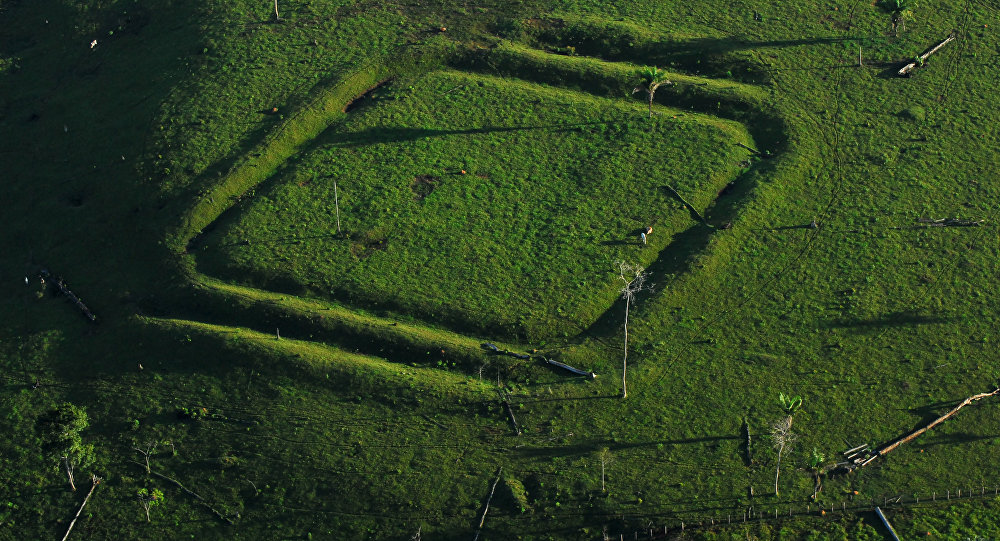 Created by an ancient people who once inhabited the region more than 2,000 years ago, the strange discovery has cast a large shadow of doubt on the previously popular theory that the rainforest had largely remained untouched by humans up until modern times.

The mysterious geometric shapes have intrigued researchers, however their purpose still remains a mystery and is open to debate.

The lack of any artefacts at the discovery site has led researchers to believe the area wasn’t used for habitation, nor were they likely used as defenses due to their layout. Another possibility could be some religious significance, potentially used for ritual practice.

“The fact that these sites lay hidden for centuries beneath mature rainforest really challenges the idea that Amazonian forests are ‘pristine ecosystems’,” said researcher Jennifer Watling.

“We immediately wanted to know whether the region was already forested when the geoglyphs were built, and to what extent people impacted the landscape to build these earthworks.”