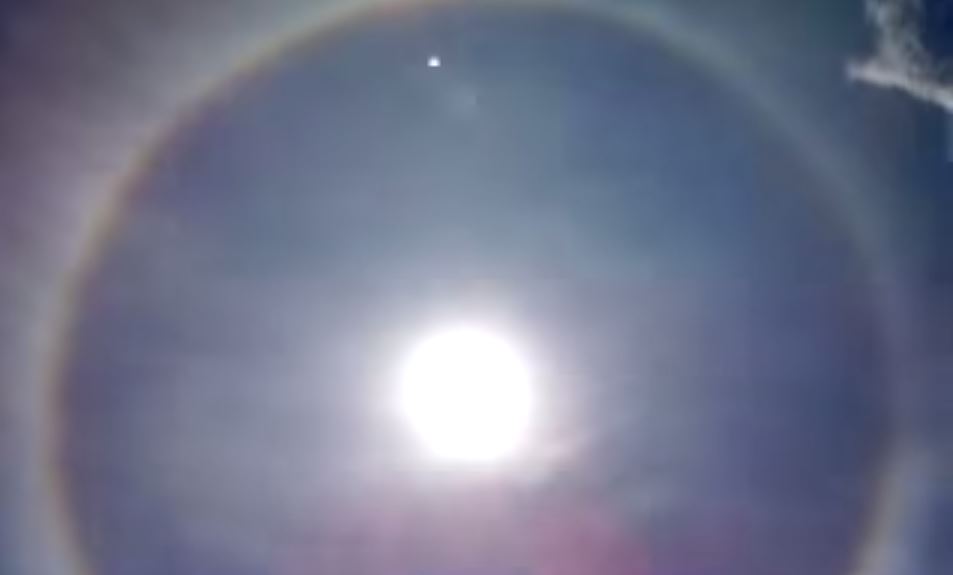 The beautiful phenomenon appeared last Thursday, and holidaymakers started scrambling to get their recording devices to capture the event. The superstitious however, had a different approach, with many taking it as a bad omen that it was a sign that something terrible was about to occur. The National Weather service was bombarded with phone calls from scared residents worried about an impending apocalypse or some other disastrous imminent event.

“I have received some 30 phone calls from people who are scared and think that it’s a bad omen, others think it means it will rain more than expected,” said coordinator Juan Manuel Caballero. “I’ve had to repeat several times: ‘No, it doesn’t hurt if you don’t look at it directly’.”

While not all the doom and gloom some people may think it may indicate, sun halos are actually quite a common occurrence.

“It’s very common. The thing is that people never look up,” said Caballero.