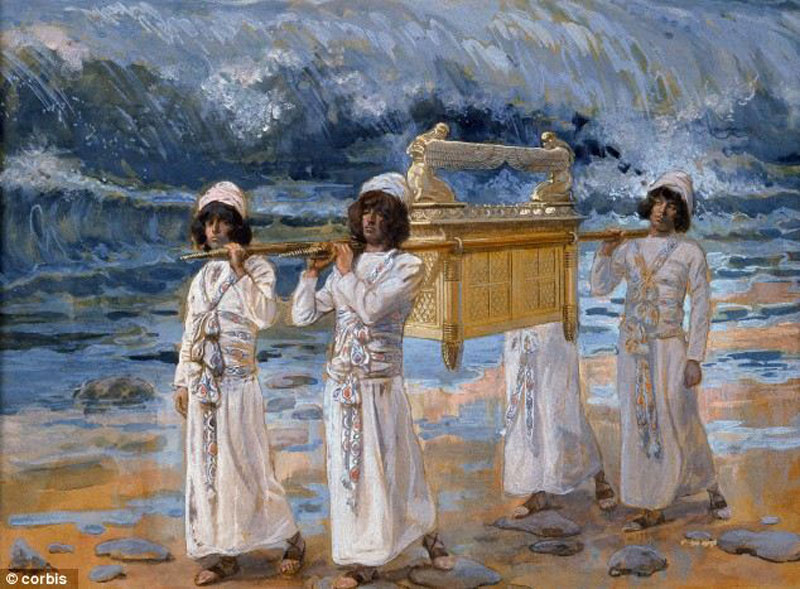 Straight out of an Indiana Jones movie, details have been uncovered about King Solomon’s treasures on a newly deciphered Hebrew text.

The devil seems to be in the details however, as the exact locations of the treasures have not been revealed, and researchers state that the “Treatise Of The Vessels” text was a legendary story used more for entertaining purposes in biblical times.

Translated by Professor James Davila from St Andrews University, the text hints at the artefacts belonging to King Solomon are hidden away at multiple locations in the Middle East.

A number of the treasures listed include the long sought after Ark Of The Covenant, the Tabernacle, golden musical instruments, and ornaments from the Garden Of Eden.

It describes: ’77 tables of gold, and their gold was from the walls of the Garden of Eden that was revealed to Solomon, and they radiate like the radiance of the sun and moon, which radiate the height of the world.’

‘The number of stones was forty-six thousands and the number of pearls was the same…seven curtains of fold in which was collected twelve thousands talents of gold and the vestments of the Levites and their belts.’

The Ark Of The Covenant is the legendary case built to case the Ten Commandments handed down to Moses by God, believed to have been constructed 3,000 years ago. After King Solomon’s temple was destroyed by the Bablyonians, the religious artefact disappeared forever. According to legend, some artefacts were hidden throughout the Middle East at different locations, while others were taken by God’s angels Shamshiel, Michael, and Gabriel.

‘The text tells us no more about where the Ark and other treasures might be than if you watched the film,’ Professor Davila told MailOnline.

‘But it does provide some interesting insights into Jewish legends in the Middle Ages….Mostly it tells us ways in which people understood the Bible that are not part of official interpretation.’