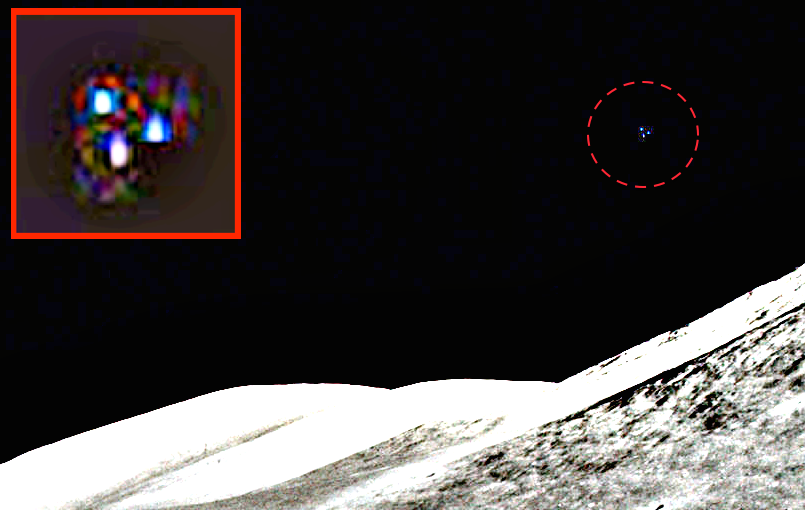 The peculiar and thought provoking image has been circulating online after being initially discovered, and actually looks legit. Taken over 40 years ago by Apollo 17, the image shows 3 lights in the distant sky – granted, it could be fake or simply an image anomaly, but as far as I can tell it could be the real deal.

Check out the below video also, however admittedly, the moon surface looks a little too perfect in this one.