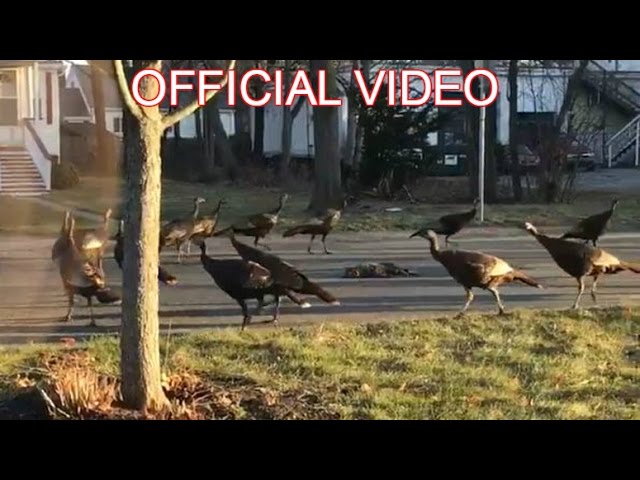 The peculiar scene shows 17 turkeys circling the carcasse of a cat in Boston, and is rightly so freaking out everyone on the internet.

Alan Krakauer, a biologist from the University of California, suggests the formation could be described as a ‘predator inspection’, where some species of animals gather in larger numbers to run the rule over a potentially dangerous predator.

Others, however, believe the video is stage and the animals are possibly trained.

Sure has captured the curiosity of thousands of people though.