Its A Strange World.
Home UFOs And Extraterrestrial UFO’s Caught On Video On Border Between U.S. And Mexico 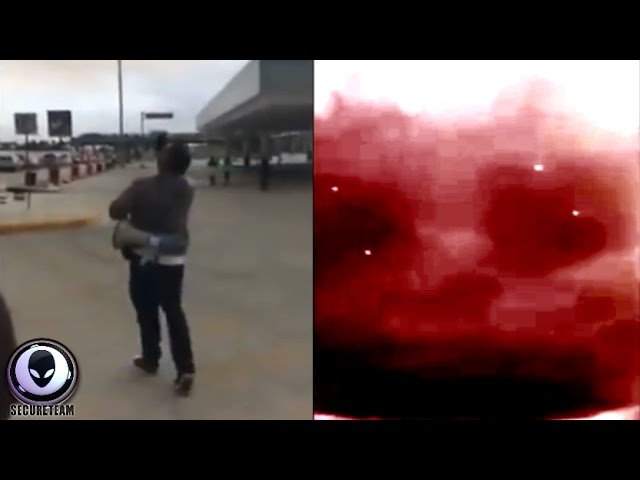 Up to 7 or 8 unexplained lights were filmed over the U.S./Mexican border, and quickly racked up thousands of views on instagram. What has conspiracy theorists up in arms however, is that the footage seemed to have mysteriously been removed from the internet without any explanation.

The video above was posted to YouTube by SecureTeam10, in which you can see the unexplained lights clear as day in the sky. The video goes for sometime with extra content afterward, however the first part of the video clearly shows the UFO’s.

It shows people recording the footage on their phone, and even border security taking a moment to check it out.

‘Tyler’ from SecureTeam10 stated in an interview:

These are objects which someone possibly did not want seen on Instagram which is a big red flag. This gives a signal that we may well have something here.

‘At first they are random but towards the end four of them align in a rectangular formation so they can’t be balloons.

‘Whatever they are even the border control agents are focusing on them.’

Whatever the unexplained phenomena may be, this video certainly seems to be legit.

What are your thoughts?