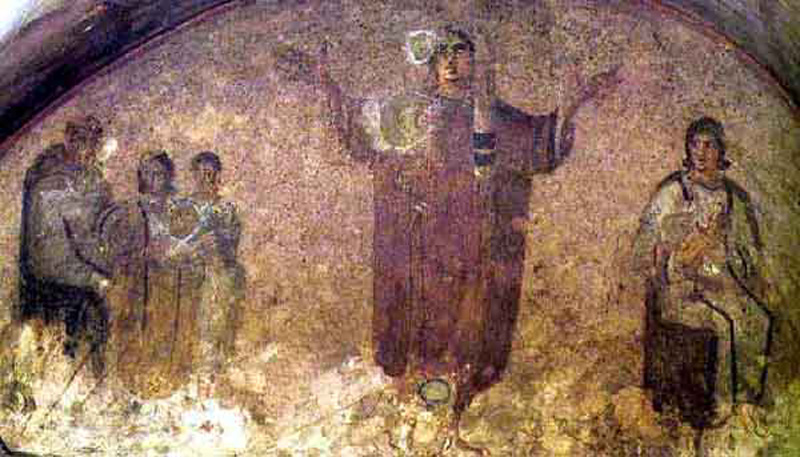 The Vatican has unveiled a set of newly restored frescoes within the Catacombs of Priscilla, and some say that it shows images of female priests in the early Christian Church.

The catacombs of Priscilla are known to hold the earliest known depictions of the Madonna and child. The cemetery designed in a maze-like labyrinth, stretches for miles underneath Northern Rome. It is known as ‘Queen of the catacombs’ because of the burial chambers of popes, and a tiny fresco of Mary nursing Jesus, dating back to approximately AD230 – 240.

What is causing a huge stir, though, is that there are two scenes featured where according to proponents of female priesthood it shows female priests with arms outstretched; one showing a group of woman celebrating a banquet, and the other, a woman in robe-like attire with her hands up, similar to a priest practising worship.

Fabrizio Bisconti, the superintendent of the Vatican’s sacred archaeology commission, however, said such a notion is based on pure fable and legend.

“These are readings of the past that are a bit sensationalistic but aren’t trustworthy,” he said.

The idea of The Vatican restricting priesthood for men is based on the theory that Jesus had only chosen men as his apostles.

On a side note, in a technological first, Google Maps has gone through the catacombs to provide a virtual tour of the complex.

Check out the article here at The Guardian.