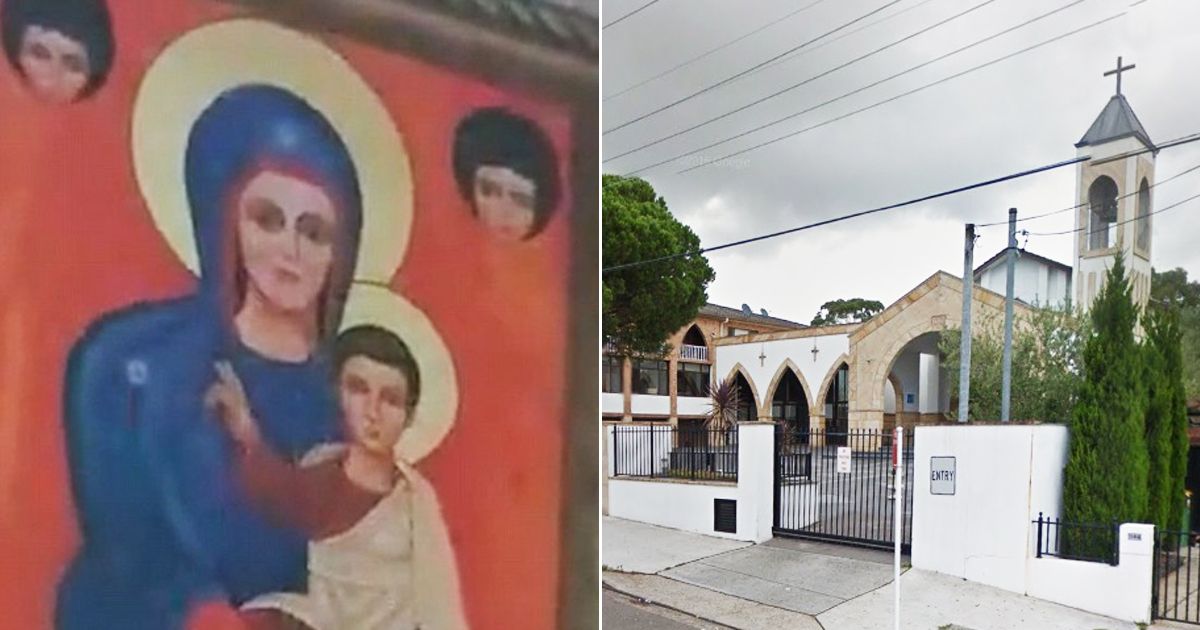 Some Sydney faithful parishioners at St Charbel’s church believe they have bore witness to a miracle.

A video taken by parish member George Akary seems to shows a painting of Mary above the altar, and Mary’s mouth moving while the people attending mass are gathered in prayer.

One of the parishioners, Kristen, was among the first to upload the footage online. One of her friends nudged her to look at the painting while in prayer.

‘Once I looked up, I had no idea what they wanted me to look at and I saw her [the Virgin Mary] mouth moving. I then asked my friend; “Is it her mouth?” She replied “yes.” and then I got the shivers throughout my whole body. I couldn’t believe my eyes, I kept blinking in case I was seeing things.’

There are skeptics however, who believe the miracle is nothing more than a mere lighting trick combined with the camera movement which creates the illusion that the mouth of Mary was moving. Kristen was fast to disagree though.

‘I believe it was a miracle, and not just lighting because we all saw it at the same time and because her lips would start moving and then stop and start again,’ she said.

George Akary, who had seen Kristen’s post, had also recorded it, and uploaded his video also.

‘To clarify for the viewers… I saw this during mass and at the end of mass the rosary is prayed . I went to the altar and wanted to confirm via recording it. Lights are not relevant,’ he wrote in the Facebook post that accompanied the video.

The Maronite Catholic parish has a 40000 strong community, with arguably the largest youth community in Australia of any parish. St Charbel, a lebanese saint, has long been favoured among Maronite faithful, and is often attributed to many miracles and healings, many of which can be found online.